Exploring the edge of technology.

The First Industrial Revolution took place between 1760 and 1848, as Eric Hobsbawm says, when the steam engine enabled the industrialization of Britain. In the mid 19th - early 20th century, the Second one brought the mechanization of production, while the Third one began in the 1980s; that of computers, information technology and the Internet. Nowadays, we're living in the Fourth Industrial Revolution - and technology has a profound impact on our lives.

It is only 79 years since Alan Turing created the first modern computing machine during World War II, marking the beginnings of the first programmable computer. In less than 100 years, the evolution of technology has changed - and continues to change - our daily lives considerably. Just think that, even though the first mobile phone was manufactured only 49 years ago, mobile phones in general have evolved and developed innovative capabilities at such an immense rate, that they now are an essential component of our everyday lives.

In the next 5-8 years, it is predicted that meaningful change brought forth by technology will escalate decisively, as more and more cutting-edge pieces of tech become part of our life.

Let‚Äôs explore some of them:

1. Digital "twins" that track your health

Digital twins are highly complex models powered by Artificial Intelligence that use digital and physical information to mimic a real-world object. This object can be a person, a device or a system. The novelty of digital twins can be utilised to simulate processes and gather information to predict how the physical object would respond in real life. A digital twin is, in short, a computer program that uses real-world information to make predictions about the behaviour of a specific object in a specific set of parameters. 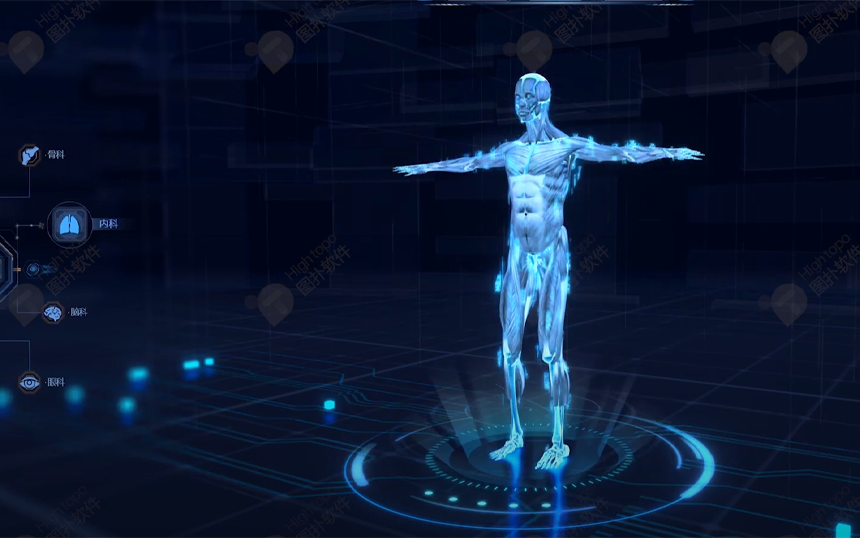 In practice:
Instead of using a scalpel in a heart surgery, Dr. Benjamin Meder, a cardiologist at Heidelberg University Hospital in Germany, used a mouse and a monitor to insert the electrodes of a pacemaker. This was made possible with the help of DT combined with AI. Dr. Meder had gone through simulations of this specific heart before starting the surgery, to confirm that the pacemaker could help the patient who suffered from congestive heart failure.

The 3D printing of bones involves creating material outside of the human body. A modern approach introduced by the College of Unused South Ridges in Sydney, Australia, offers specialists the opportunity to form bone tissue exactly where it is needed, during a surgical procedure, printing bone based on the anatomy of the patient. 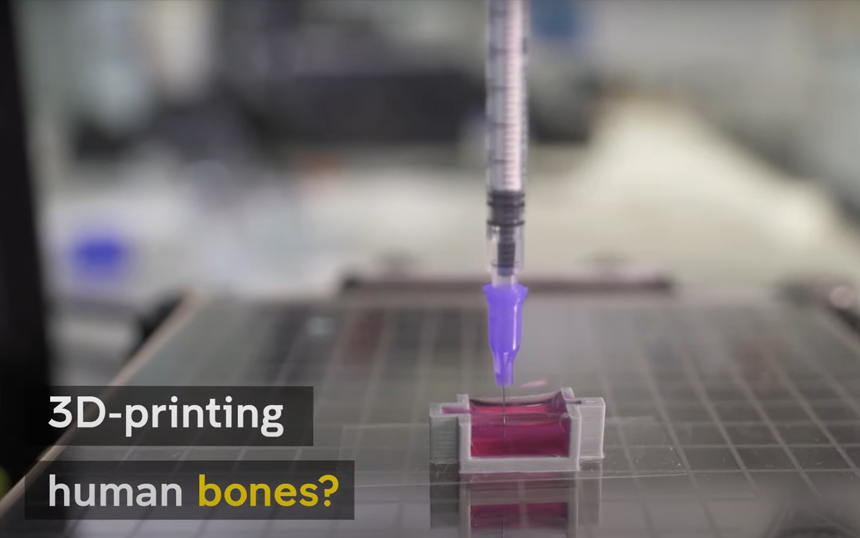 In practice:
Researchers have presented a significantly upgraded technique for creating artificial bones through 3D printing, in which they use a special ceramic material that is biocompatible with living cells and can even be "printed" at room temperature. Their ultimate goal is to repair damage to patients' bones with in situ 3D printing.

Extended reality (or XR) is an umbrella term for immersive technologies that either combine the physical and virtual universes or create an experience that is 100% virtual. XR lies at the crossing point of three innovations: Virtual Reality (VR), Augmented Reality (AR) and Mixed Reality (MR). By bringing all of this together, XR opens up a whole new world of applications that generate immersive tech-based experiences! 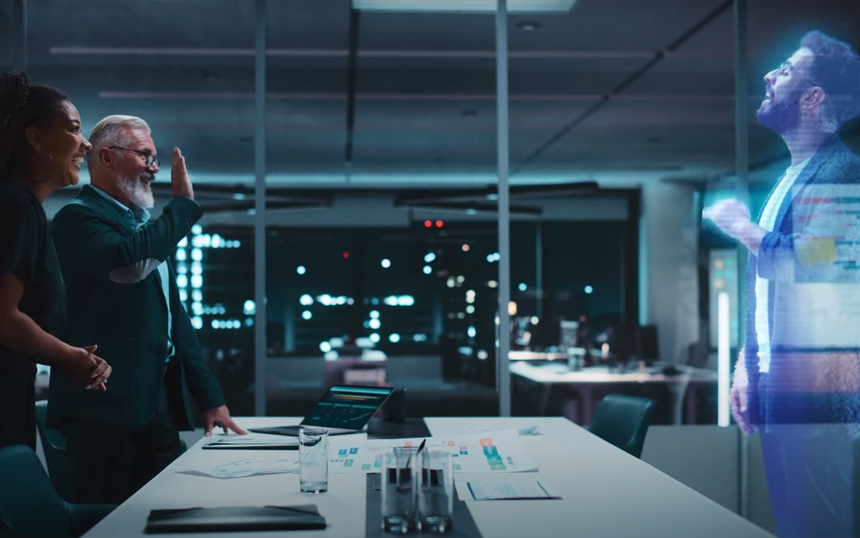 In practice:
With XR, businesses can connect with new consumers and offer them creative ways to interact with their goods and services. Customers can watch demos or try on clothing, among other things, enjoying memorable, one-of-a-kind experiences. Adopting XR tools can also be quite beneficial for customer support.

Artificial Intelligence (AI) is the science of making machines intelligent, through the creation of algorithms that are fed with insights, in order for them to render the machines capable of solving complex problems ‚Äď and of getting better and better at it, by being continuously educated by the system. The applications of AI are countless, from e-commerce to healthcare, with a great potential to transform life in ways that we are yet to fathom! 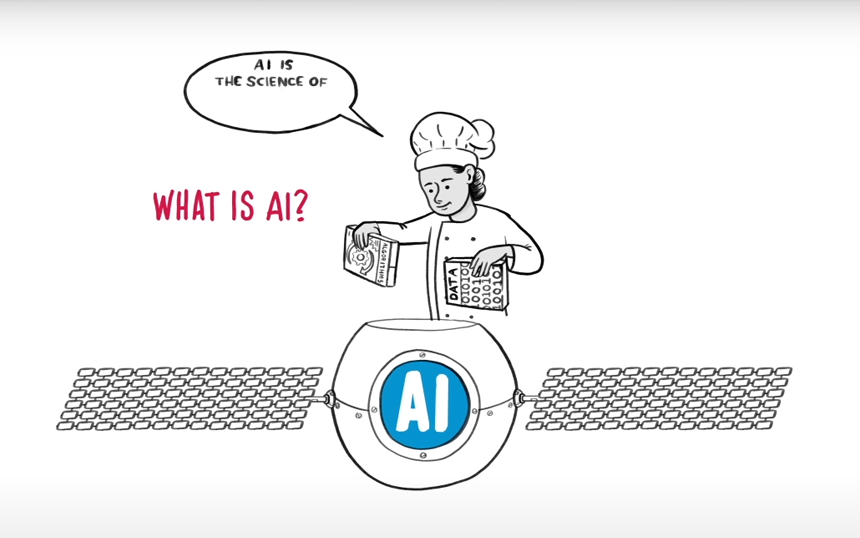 In practice:
OpenAI's GPT-3 (Generative Pre-trained Transformer 3) is a self-developing language model that uses deep learning to create human-like text. Having been trained on over 175 billion parameters, it has ingested the internet, Wikipedia and a few hundred gigabytes of books available online.

The Internet of things ‚Äď a term coined by Kevin Ashton in the ‚Äė90s - is a network of connected devices such as mobile phones, home appliances, cars, and any object that is equipped for network connectivity and exchange of data.

IoT‚Äôs logic is based on the mutual connection of electronic devices (local area network) and the connection of the devices to the internet (World Wide Web). The concept of "Things" is not strictly attributed to objects. It refers to a wide variety of devices that can be entirely different from one another; for example, cameras, air conditioners, lights, security systems, smartwatches, and cars with built-in sophisticated sensors that can detect obstacles along their route. These are just some of the many tech-based ‚Äúthings‚ÄĚ used in IoT networks, the key feature of which is that they all form parts of the same system ‚Äď a system that becomes a pool of data that offer valuable insights. And, in the case of smart homes, a system that humans can ultimately control through their computer or mobile phone. 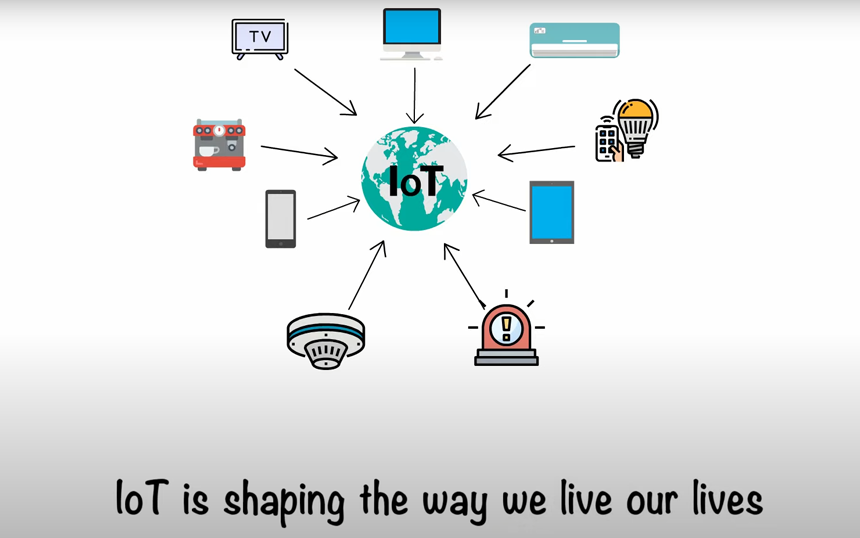 In practice:
IoT applications are making life, right here, right now, more comfortable and safer, in the form of Smart Homes or even Smart Cities! Project Athena is a pilot Smart City initiative for the City of Athens implemented in 2021 ‚Äď a project that we, ATCOM, realised in collaboration with Microsoft and the Municipality of Athens, aiming to improve the life of the citizens of Athens.
See the case study here.

Edge Computing takes IoT many steps ahead, as it provides data processing at the Edge ‚Äď meaning, at the periphery of the system. The Edge executes the first level of data processing as close to the collection point as needed, to then send this pre-processed information to the central management system. This enables immediate decision-making and instruction-giving procedures by the central management system, eliminating a large volume of calculations that were previously needed to analyze data.

Edge Computing, as a distributed IT infrastructure, brings enterprise applications closer to information sources, such as IoT devices or nearby Edge servers, resulting in solid commercial benefits, such as fast acquisition of insights, improved response times, support of real-time control, and superior transfer speed accessibility. 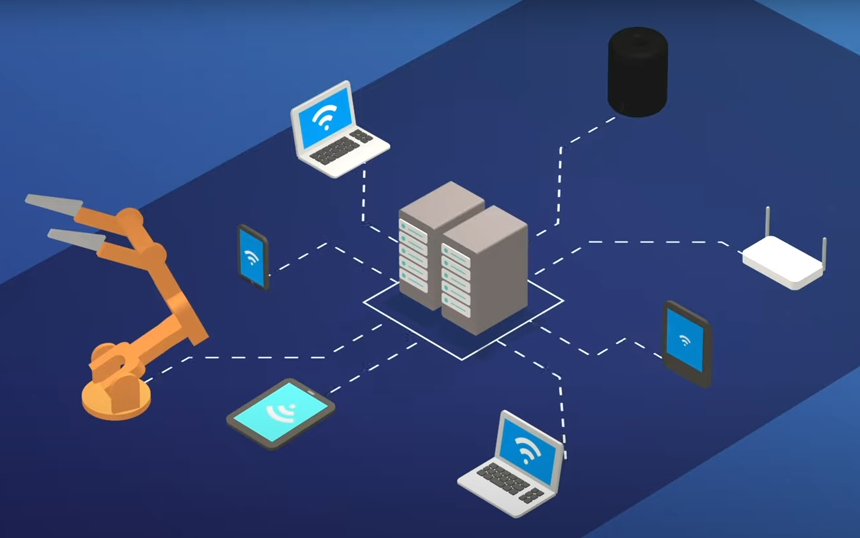 Examples:
Edge computing can help the manufacturing industry in many ways, with some tangible examples being:

5G is the 5th generation of mobile networks, envisioned to have the capacity to connect practically everyone and everything. The 5G technology allows for significantly larger data speeds and lower latency, while operating with a massive capacity and availability. As a result, human experiences powered by 5G are much more consistent, seamless and intuitive. With network speed not being an issue anymore, the road ahead is full of surprises and innovations! 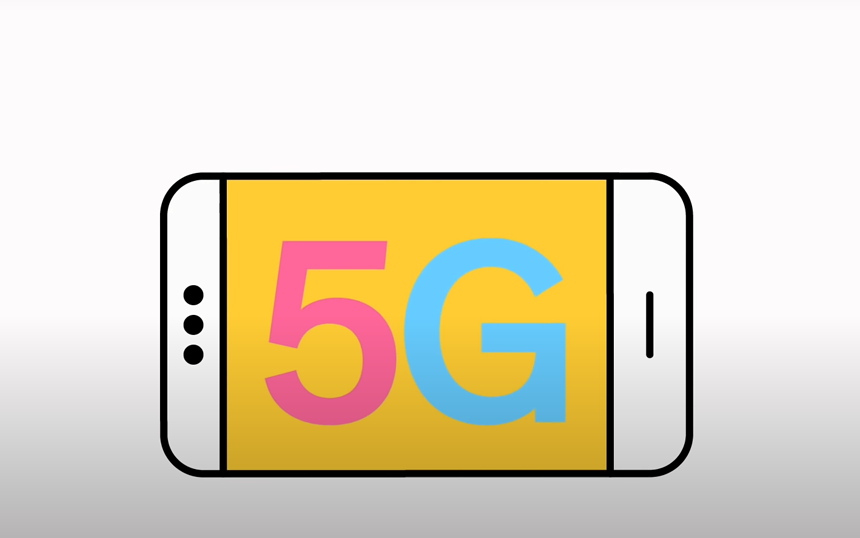 In practice:
In a 5G network, a delay of a millisecond can be anything from problematic to dangerous, in an Edge Computing application. Let's imagine an autonomous vehicle that takes just a bit too long making a decision about whether to brake in front of a red traffic light. Or imagine what the shortest network delay could mean on a highway filled with autonomous vehicles!

In 2016, a team of analysts, physicists and chemists at the University of Bristol began working on what became known as radioactive diamond batteries, while researching ways to recycle radioactive material from former nuclear power plants in the UK. Their goal was to isolate Carbon-14 isotopes from the irradiated graphite of the reactors and use it to generate power. Turning, essentially waste into power, the radioactive diamond batteries use the decay of nuclear waste (called ‚Äúbeta decay‚ÄĚ) to produce electric energy. Compared to the traditional batteries, they are safer, more durable and can last for thousands of years! 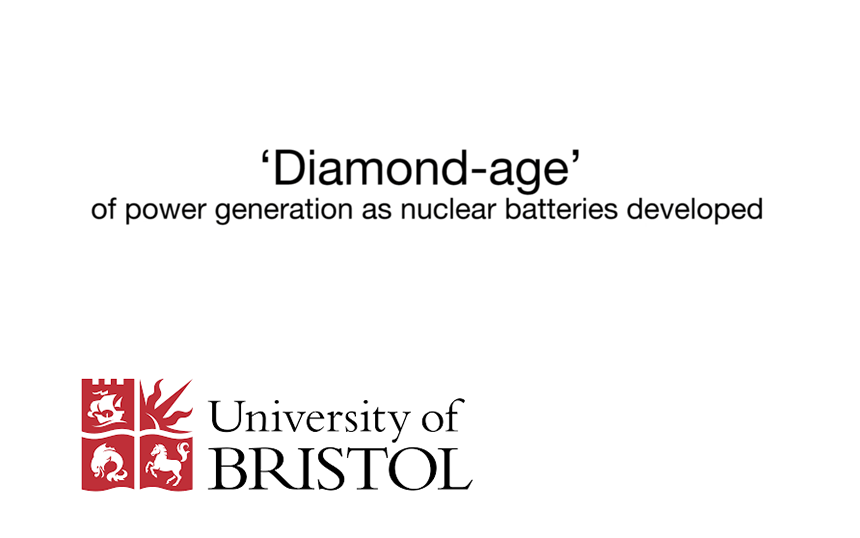 In practice:
Standard alkaline AA batteries have an energy storage capacity of 700J/g and can be exhausted in a day if used consistently. If they were using Carbon-14 as a ‚Äúfuel‚ÄĚ, they would need 5,730 years to reach 50% of their power! Read more here.

Our world is changing, with new technologies emerging even as we speak, transforming procedures, operations, businesses, experiences. The challenge is to use innovation wisely, integrating the kind that best fits your needs and not for the sake of innovation, whether we‚Äôre talking about a new gadget you‚Äôre trying on or about the Digital Transformation Strategy of your business.

Our purpose, here at ATCOM, is to accelerate meaningful transformation in all aspects of business and life, from the everyday to the epic. This is why at my team Experience Lab, ATCOM‚Äôs exclusive team of experts committed to producing today the experiential projects of tomorrow, we‚Äôre embracing innovation and explore the edge of technology, constantly seeking to reinvent human experiences and forge meaningful connections between people, tech and places. In our recent work, we have created advanced IoT installations that bring tech-enabled innovation in businesses‚Äô physical spaces, including but not limited to: Touch Tables, Sliding Screens, AI image recognition projects, Edge Processing, and custom-designed Printed Circuit Boards (PCB). You can see some of our work here.

As we continue to navigate the new reality brought forth by innovation, we cannot but admit one thing: The future is here and now! Let‚Äôs make it special.

ATCOM: From Digital to Purpose

Fostering Creative Thinking in the way we do Business